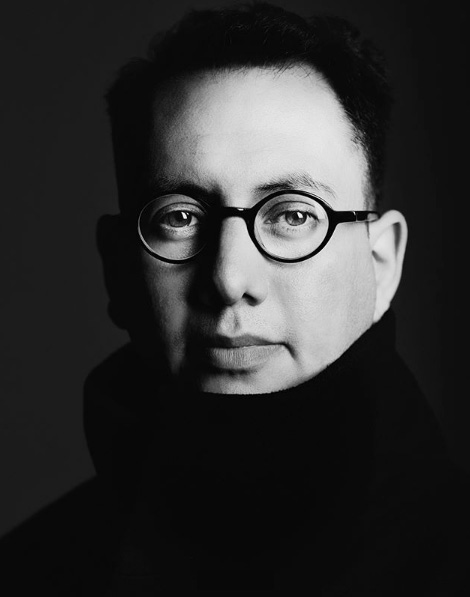 Refik Anadol (b. 1985, Istanbul, Turkey) is an internationally renowned media artist, director, and pioneer in the aesthetics of machine intelligence. He currently resides in Los Angeles, California, where he owns and operates Refik Anadol Studio and RAS LAB, the Studio’s research practice centered around discovering and developing trailblazing approaches to data narratives. Anadol is also teaching at UCLA’s Department of Design Media Arts from which he obtained his Master of Fine Arts.

Anadol’s body of work addresses the challenges, and the possibilities, that ubiquitous computing has imposed on humanity, and what it means to be a human in the age of AI. He explores how the perception and experience of time and space are radically changing now that machines dominate our everyday lives. Anadol is intrigued by the ways in which the digital age and machine intelligence allow for a new aesthetic technique to create enriched immersive environments that offer a dynamic perception of space.

By proposing the possibility of “post-digital architecture,” Anadol invites his audience to imagine alternative realities by redefining the functionalities of both interior and exterior architectural elements. He tackles this by moving beyond the integration of media into built forms and translating the logic of a new media technology into art and design.

Residing at the crossroads of art, science, and technology, Anadol’s site-specific three-dimensional data sculptures and paintings, live audio/visual performances, and immersive installations take varied virtual and physical forms. Entire buildings come to life, floors, walls, and ceilings disappear into infinity, breathtaking aesthetics take shape from large swaths of data, and what was once invisible to the human eye becomes visible, offering the audience a new perspective on, and narrative of their worlds.

The primary thread that runs throughout Anadol’s groundbreaking visualizations of the unseen world is data. For Unsupervised at the Museum of Modern Art, New York, Anadol posed an alternate understanding of modern art by transforming the metadata of MoMA’s vast collection into a work that continuously generates new forms in real-time. For Quantum Memories at the National Gallery of Victoria, 200 million photos of Earth and its landscapes, oceans and atmosphere were used to visualize an alternate reality of nature. For Sense of Space at the 17th International Architecture Exhibition – La Biennale di Venezia – approximately 70 terabytes of multimodal MRI data, including structural, diffusion (DTI) and functional (fMRI) scans of people ranging from birth to nonagenarians was used to design the human brain-inspired artwork. Archival photographic data of our universe from the archives of NASA/JPL was the driving force behind Machine Memoirs: Space, Istanbul’s most visited exhibition ever. Machine Hallucination: NYC harnessed 113 million publicly available images of New York City to envision the near future of a storied city. For WDCH Dreams, 100 years of the Los Angeles Philharmonic’s digital archives were tapped to inspire the visuals projected onto Frank Gehry’s iconic building. Oakland’s Sense of Place used real-time environmental data such as wind, temperature, and humidity as well as invisible communication signals from Bluetooth, Wifi and LTE to inform the work. At Berlin’s Latent Being, the visitors interacted with the artwork and themselves provided real-time data for the artificial thinking process. Charlotte Airport’s Interconnected, Anadol transformed real-time airport statistics such as arrivals/departures, baggage handling systems and ground shuttle transportation into an ever-changing suite of abstract form, color, and simulated texture.

Refik Anadol Studio, an early adopter of blockchain technology, has utilized NFT sales to raise over $5 million U.S. dollars for charitable organizations including St. Jude Children’s Research Hospital, The Alzheimer’s Foundation and UNICEF. Machine Hallucinations — Space: Metaverse, a physical exhibition in Hong Kong and correlating NFT collection, brought together the studio’s richly diverse works to the Metaverse. Presented in collaboration with Sotheby’s, the NFT collection contained yet another groundbreaking approach to media arts by presenting the first immersive NFT. Living Architecture: Casa Batlló, inspired by Antoni Gaudi’s building in Barcelona, Spain, became the first artwork from the studio to be auctioned by Christie’s. The piece was displayed on a giant media screen in New York’s iconic Rockefeller Plaza with a simultaneous live projection mapping performance on the actual facade of Casa Batlló which was viewed by an enormous crowd of nearly 50,000 people. As the only NFT offered during Christie’s 21st Century Evening Sale which also included physical works by Banksy, Gerhard Richter, and Jeff Koons, among others, Living Architecture: Casa Batlló set records for the next generation of young artists.

Refik Anadol Studio comprises designers, architects, data scientists, and researchers from diverse professional and personal backgrounds, embracing principles of inclusion and equity throughout every stage of production. Studio members originate from 10 different countries and are collectively fluent in 14 languages. The Studio’s internship program also demonstrates a strong commitment to mentoring young people from a variety of personal experiences, values, and world views.

A pioneer in his field, and the first to use artificial intelligence in a public artwork, Anadol has partnered with teams at Microsoft, Google, NVIDIA, Panasonic, NASA/JPL, Intel, IBM, Siemens, Epson, MIT, UCLA, Harvard University, Imperial College, Stanford University, and UCSF, to apply the latest, cutting-edge science, research and technologies to his work.