Architecture and (Media) Design are art forms that exist independently from one another. Over the last few years they have been growing together. They are entering into symbiotic dependencies and stimulations. Against the background of the information technologies, architecture has gained a new reality. No longer are objects or processes the constituting elements of a building. Now they are described as technical networks of communicating nodes, which balance themselves in contrived patterns.

“Augmented Structures v1.1 : Acoustic Formations/Istiklal Street” is an augmented data structure, a data installation by Refik Anadol and Alper Derinboğaz which is created through the use of innovative parametric architecture and audiovisual techniques. The projects deals with a new mediated space: How to translate the logic of media into architecture? In this first experiment field recordings of Istiklal Street will be transformed in to parametric architectural structure. The sound data recordings were made by Kerim Karaoglu who also used these recordings to create an electro-acoustical composition. The project seeks interactions between space, sound, visual, data and light. A similar connection between architecture and media has been experienced in Philips Pavilion of Le Courbusier in 1958.

Beyond being an artwork this installation is an urban experience. The scale of surface, 2000sqm, and the dominance of the location will definitely take place in collective memory of İstiklal Street visitors.

There will be an exhibition opening on 20th of September at 19:30 in relation to this façade installation which showcases experiments of architecture – sound – visual data correlations of Refik Anadol and Alper Derinbogaz.

During the night visual data performance will be projected on the structure which will be accompanied with a generatively designed contemporary aesthetic visuals consisting of input data from the recordings and their transformed versions synchronized to the movement of graphics re-shaping and transforming the structure on which they are projected. The structure in turn influences and transforms the projections as well. 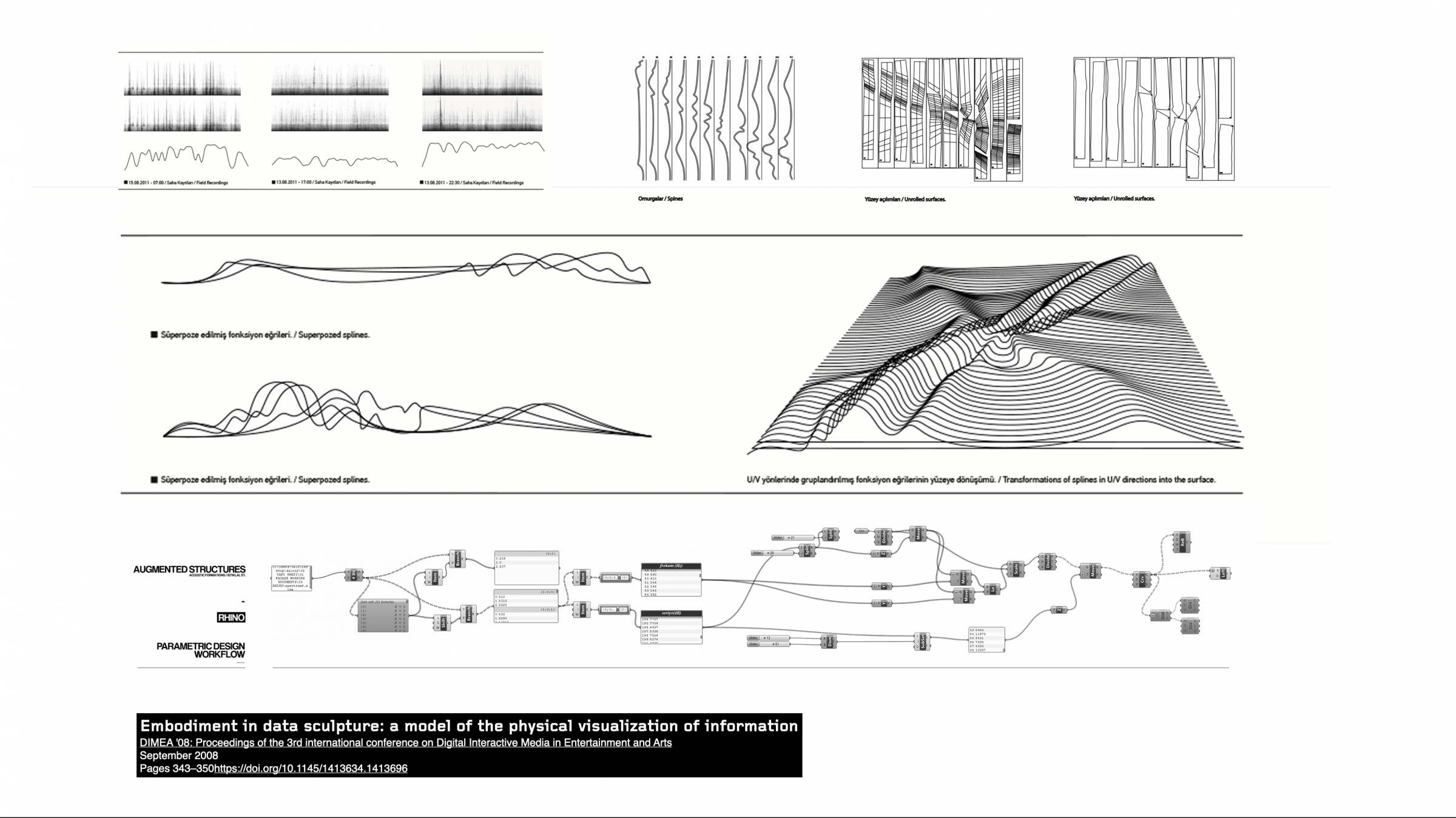 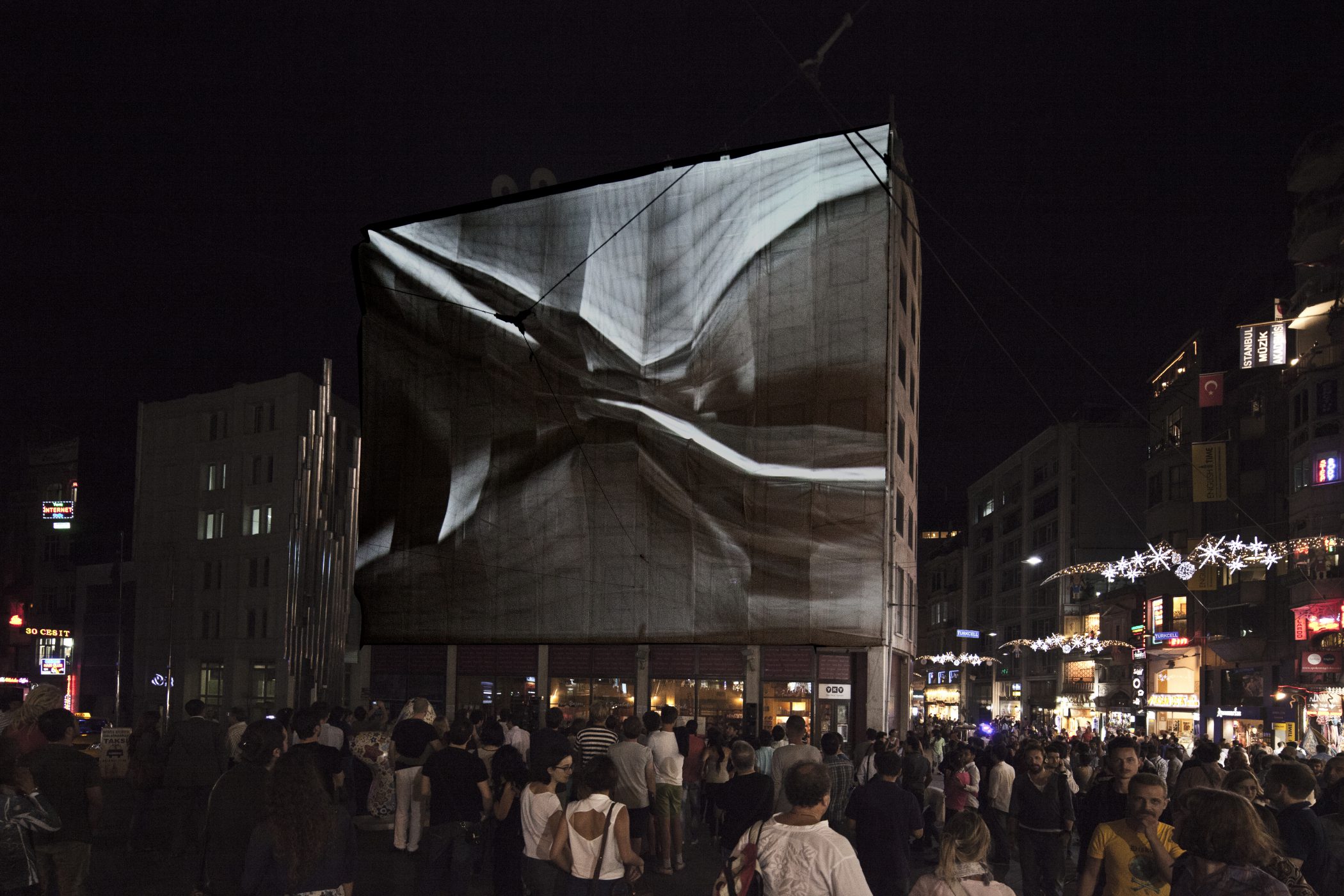 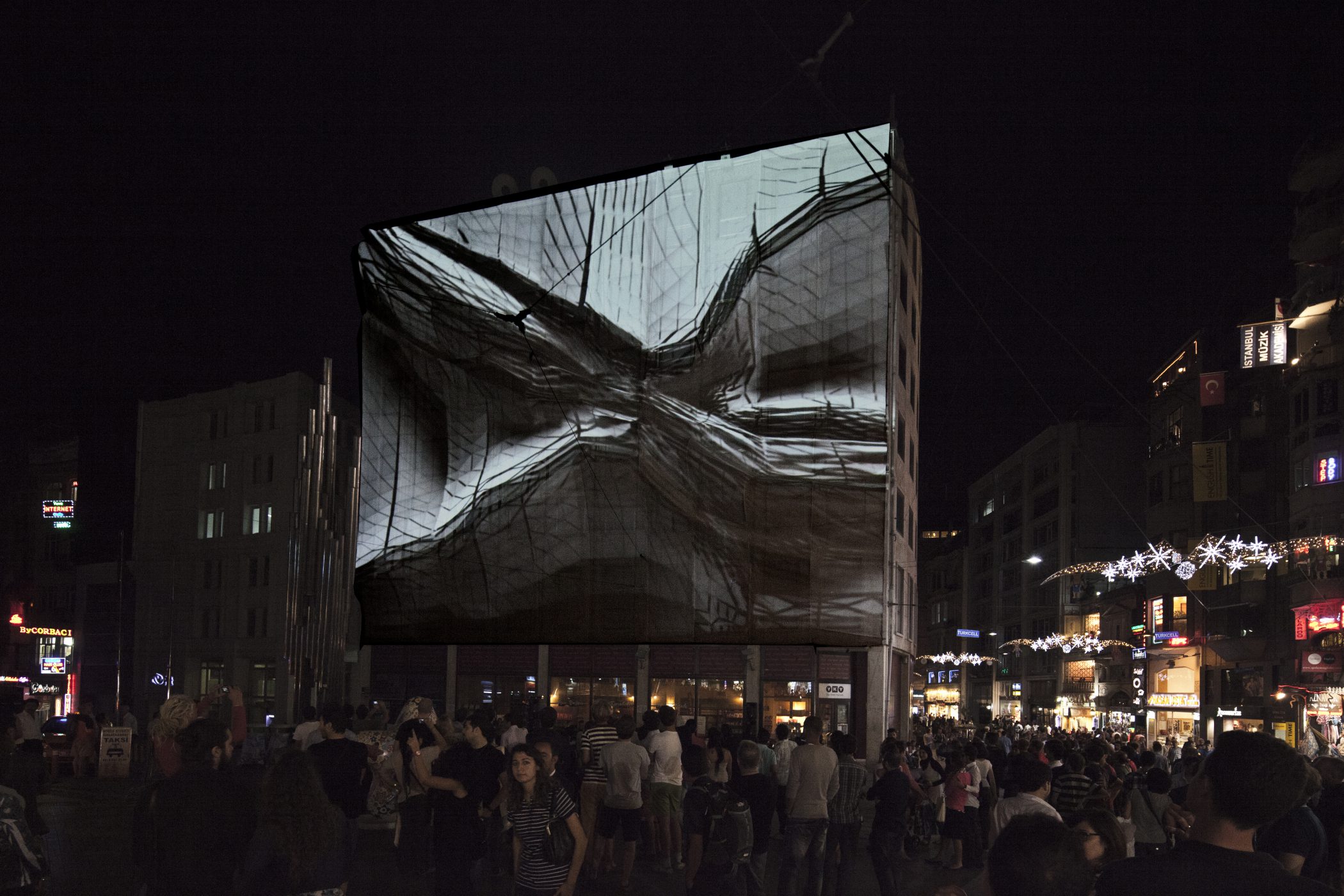 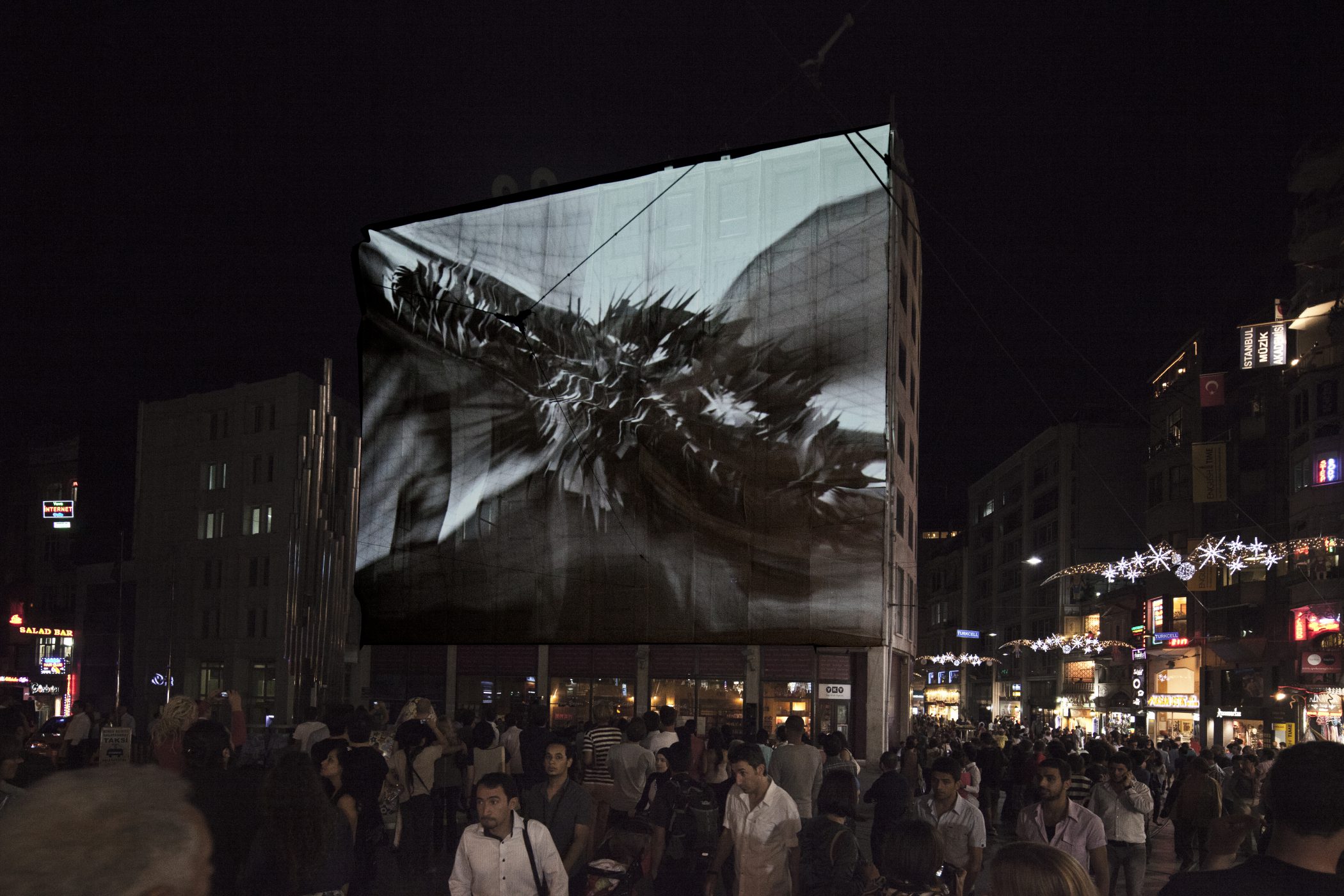 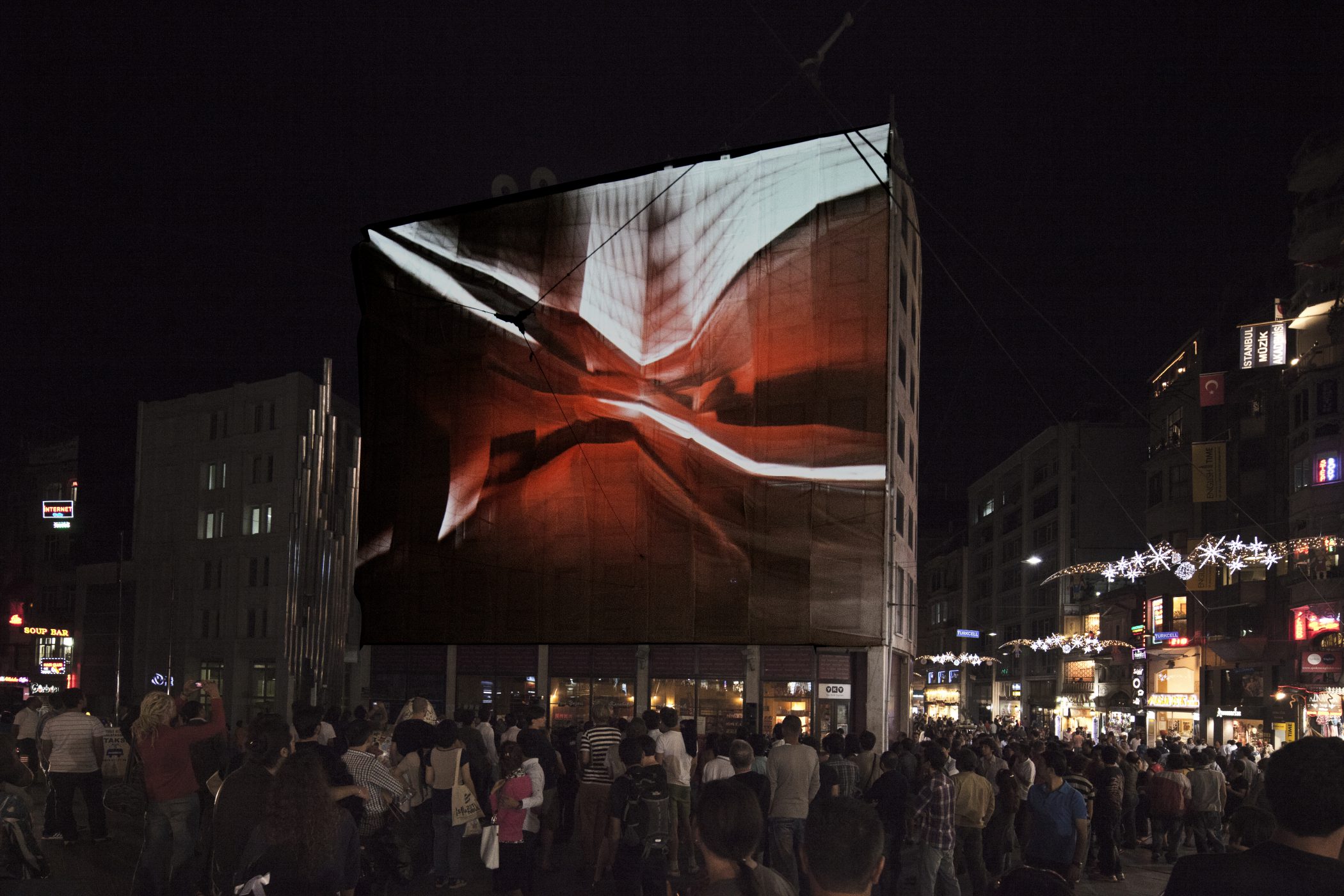 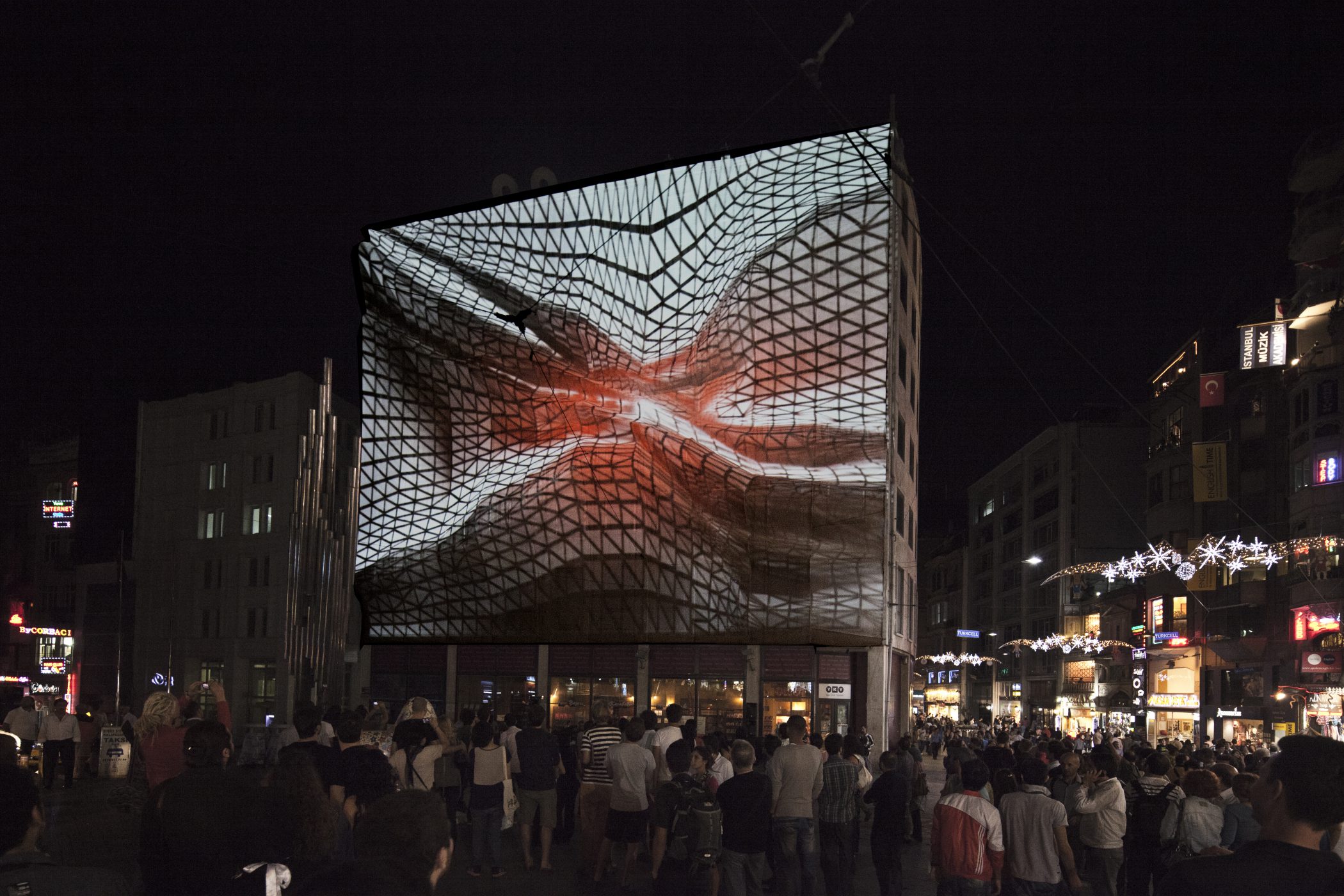 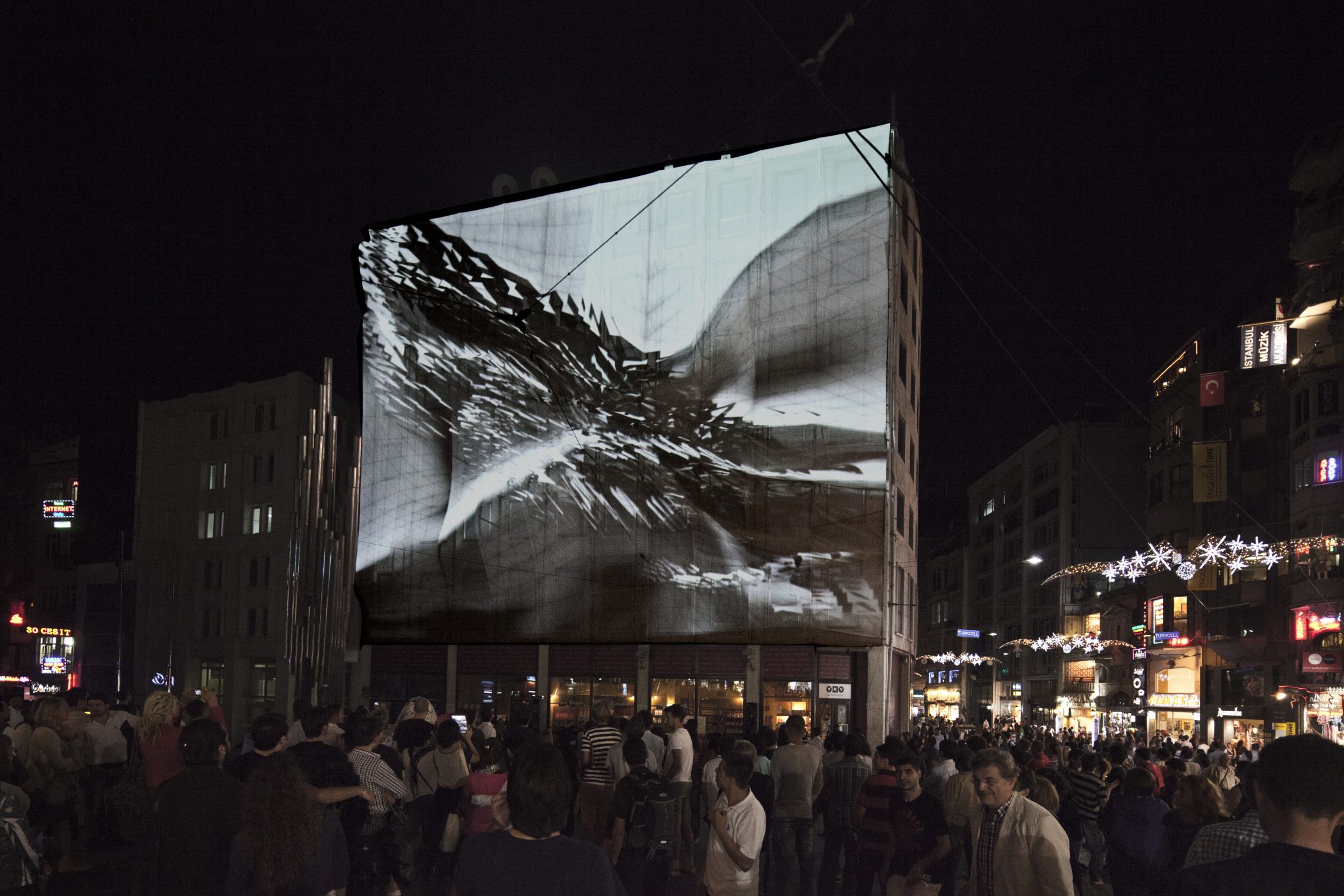 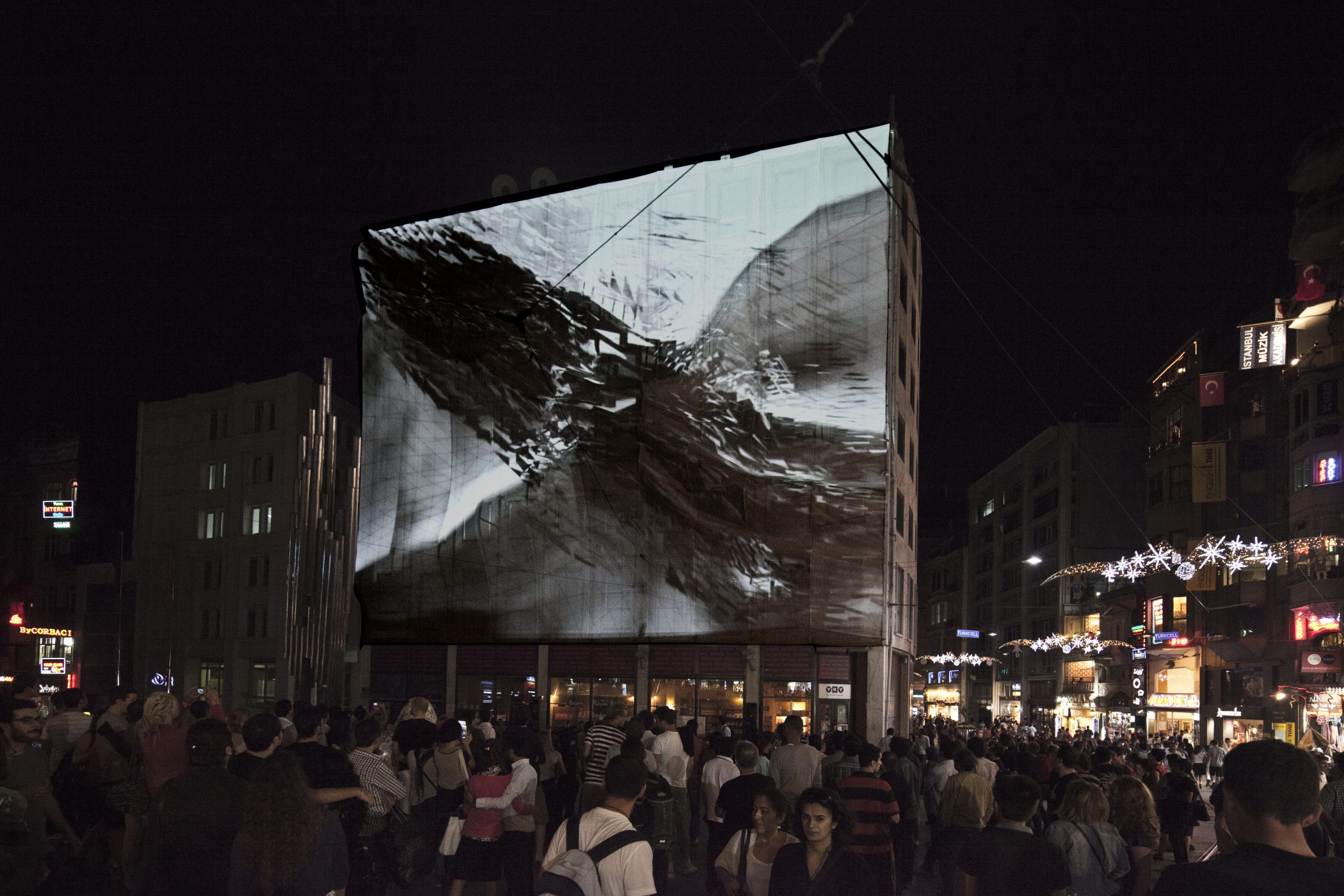 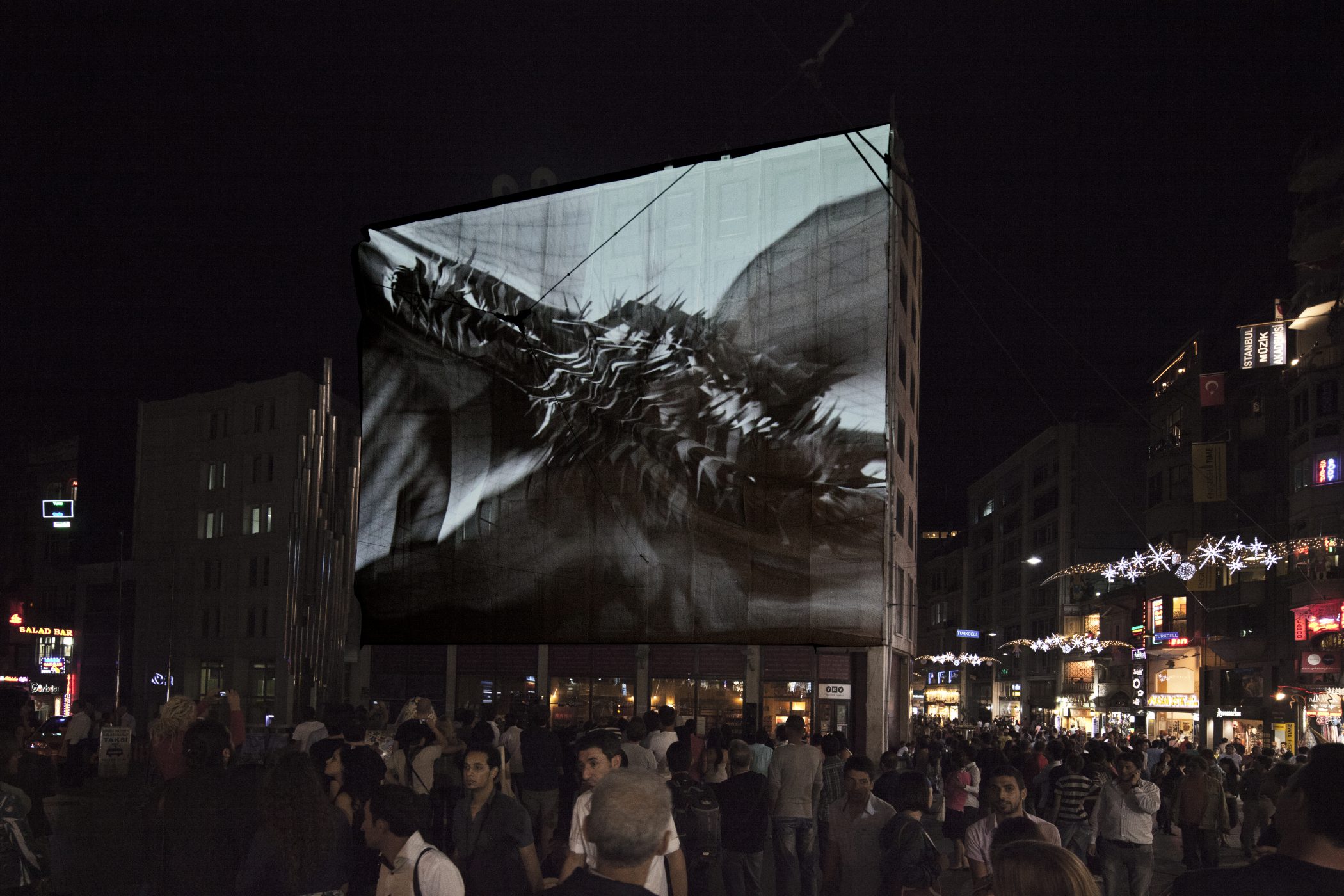 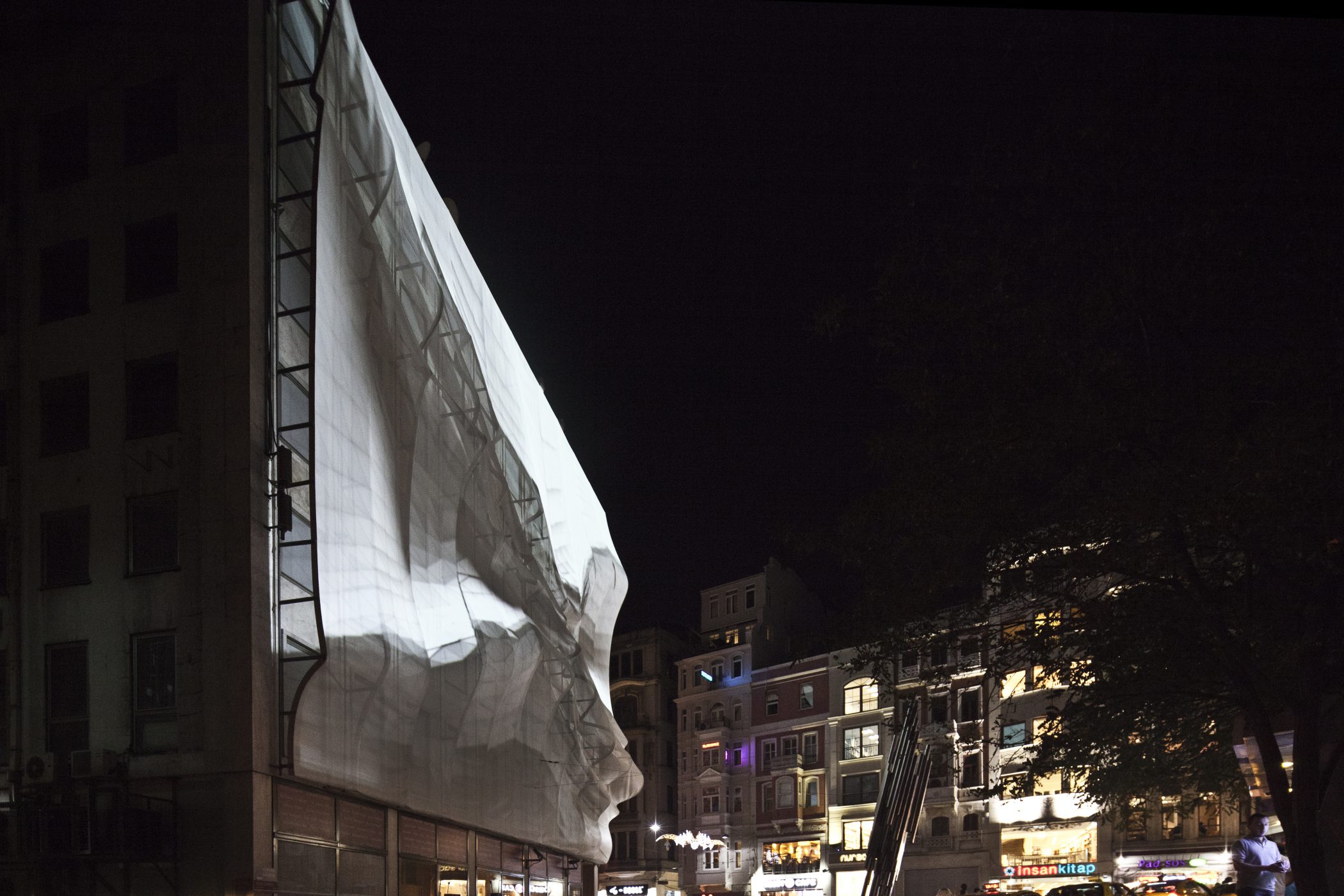 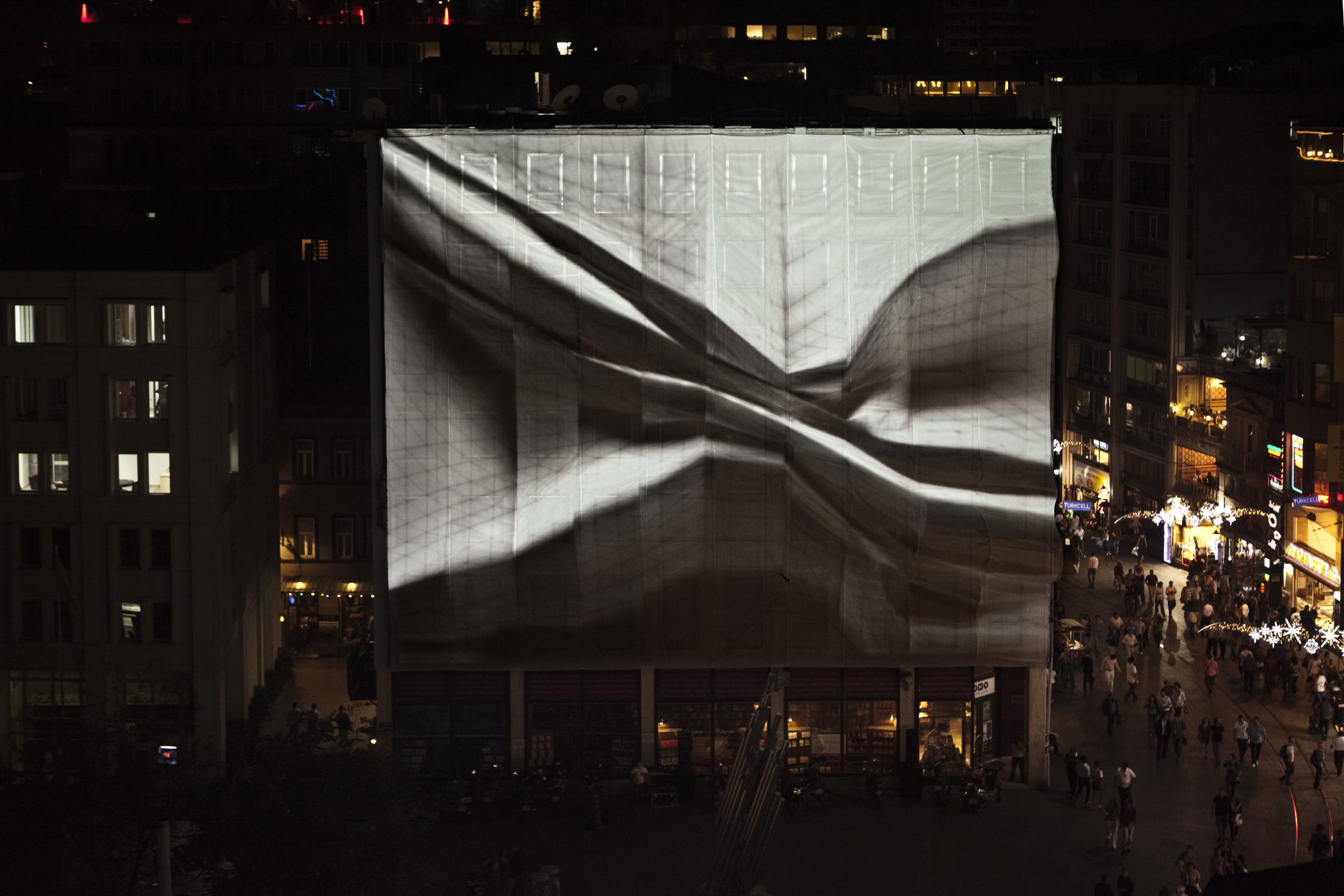 Next:
Semaphore
Next Project